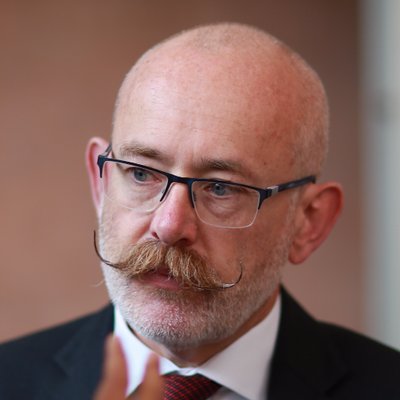 Generation Global has allowed thousands of children from different cultures to virtually ‘meet’ via videoconferencing and blogging.

Aimed at combatting radicalisation and recruitment to violent extremism, the programme promotes interreligious and intercultural understanding to build young people’s resilience to narratives often used by extremist groups, which frequently suggest that people from different cultures have nothing in common.

The study of the effectiveness of the programme by academics at the Graduate School of Education at the University of Exeter, published this week, found that in many schools the results were “spectacular.”

In its lifetime, the programme has run in 40 countries, including Pakistan, Palestine, India, Israel, Italy, the UK, and the USA, and has connected 230,000 students aged 12-17 in over 2,500 schools around the world.

Designed to expose them to other cultures, break down stereotypes and build tolerance and cohesion, it puts children from different cultures directly in touch, allowing them to communicate through videoconferencing and online dialogue. The children discover what they have in common, learn to successfully navigate difference, and realise that stereotypes about different cultures are not true.

The study found it made young people less susceptible to extremist views, and opened their minds to other cultures and ways of life.

The goal of the programme is to build a generation of young people at ease with those of different religions, beliefs and cultural backgrounds. Such young people will have cultivated a personal resilience to extremist thinking and will be less prone to radicalisation.

Excerpt from the Study

A linguistics analysis of the language students used after taking part in the programme found "unequivocal evidence of the programme producing a shift towards open mindedness."

The Exeter University academics found a marked shift away from a sense of ‘us defined against them’ towards greater empathy towards children from different backgrounds and religions. The use of words like ‘us’ and ‘we’ expanded to refer to young people from around the world, rather than just a narrow group.

Professor Rupert Wegerif of the University of Exeter’s Graduate School of Education, who led the analysis, said:

“Those who have experienced the positive potential of dialogue across a range of different perspectives are less likely to fall prey to the simplistic black and white ways of thinking that underlie extremism. It is reasonable to say that this programme serves as a kind of inoculation against extremist violence. Exeter University’s evaluation found clear evidence that it is effective in its main goal of increasing open-mindedness.”

It is reasonable to say that this programme serves as a kind of inoculation against extremist violence. Exeter University’s evaluation found clear evidence that it is effective in its main goal of increasing open-mindedness.

Over 9,000 teachers have been trained to boost young people’s resilience to extremist ideas by making them at ease with different religions and cultures. The programme allows teachers to be flexible about which methods they used to challenge pre-conceived ideas.

In some schools the results of the Generation Global Programme were more pronounced than others, with the commitment of the teachers to the programme making a perceptible difference in results.

Since the programme’s inception, children have taken part in over 2,500 videoconferences with young people of the same age in different cultures, across the world and also in online dialogue, blogging together using the project website.

The students found that children living in different cultures not only had much in common with them, including musical tastes, but also enabled them to encounter the differences between cultures and perspectives, to ask questions, to engage in respectful challenge, and thus to learn to successfully navigate diversity, without resorting to conflict.

After taking part in the programme they were more at ease with those of different religions, beliefs and cultural backgrounds.

After they had taken part a greater number of students wrote about how ‘happy’ they were to know a student from a different culture and the language they used to describe others was generally more positive than before.

Existing research suggests that increased awareness of complexity and tolerance is a good way to prevent future radicalisation.

The programme is not designed to de-radicalise those who are already engaged in extremist activities. It was it is intended to build young peoples’ resilience to potential radicalisation and potential recruitment into extremism.

This article originally appeared on the Tony Blair Institute site on 29 May 2017.